Best of Both Blog

My life has been touched by three men who have and will have no clue of their impact on me. And the combined time of the impact from all three couldn’t be more than 10 minutes. I met them in early June as we travelled to Europe to spend time with my daughter and her family. During the trip we were given the opportunity to go to Normandy for the 70th anniversary of D-Day. That is where I met these guys. Each one survived what must have been one of the most horrific experiences anyone can imagine. Each of them is what you and I would call "normal" guys - husbands, fathers, the guys next door. Yet they fought on D-day and were present at the 70th anniversary and I had the chance to speak with each one.

Let me tell you about them.

Ernie from Minnesota - paratrooper. Ernie was at Pointe du Hoc and was quite the celebrity. Many came up to shake his hand, one guy, a young soldier himself, apparently was too gentle in his handshake. Ernie said "you better have a stronger grip than that!" Ernie is 92 and looks 70, he saw many of his friends die in one day, yet retrains strength in both his person and his character that can only be described as heroic.

Bob Jones is Welsh and is in a wheelchair, but his mind is sharp as a tack. He was there with a list of all his "mates" and loved to speak of each one. He married his childhood sweetheart before the war and fought side by side with her brother. The brother was killed on D-day less than 100 meters from him, and Bob saw it. He said that most of the officers in his unit died early in the battle because they led from the front and not from the rear. But their example of leadership inspired the men and the battle was won.

John Ingram is from Alabama; my wife picked up on his accent quickly! He landed at Utah beach and fought all the way through to the Battle of the Bulge. John had a quietness about him that was touching; he seemed very humble and somewhat embarrassed about the attention being given him. He loves his Auburn Tigers and his family, but you can tell there is tenderness for the friends that died on that beach that has changed him forever.

Here is what I learned: 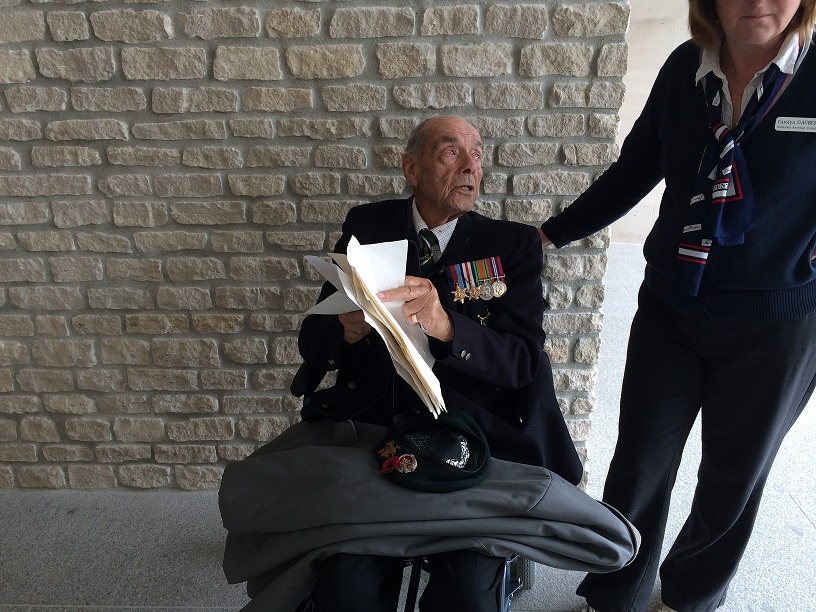